Tom Rhodes, feat. The Lady Crooners, – Recording of “With or WIthout”,Live @ Coast

Here is a CD cover I designed for talented musician and producer Mark Baum. It was a great honor to work with such a wonderful human being. It was a tight deadline and a lot of work to do. I really enjoyed working with him and hope to again in the future.

The recording of Florecer began in April 2013. They had finished eight tracks when they lost their friend and collaborator Rafael Manriquez in a car accident.  They had intended to include several of his songs on this CD, but unfortunately they hadn’t been recorded yet. They dedicate this project  to his memory. 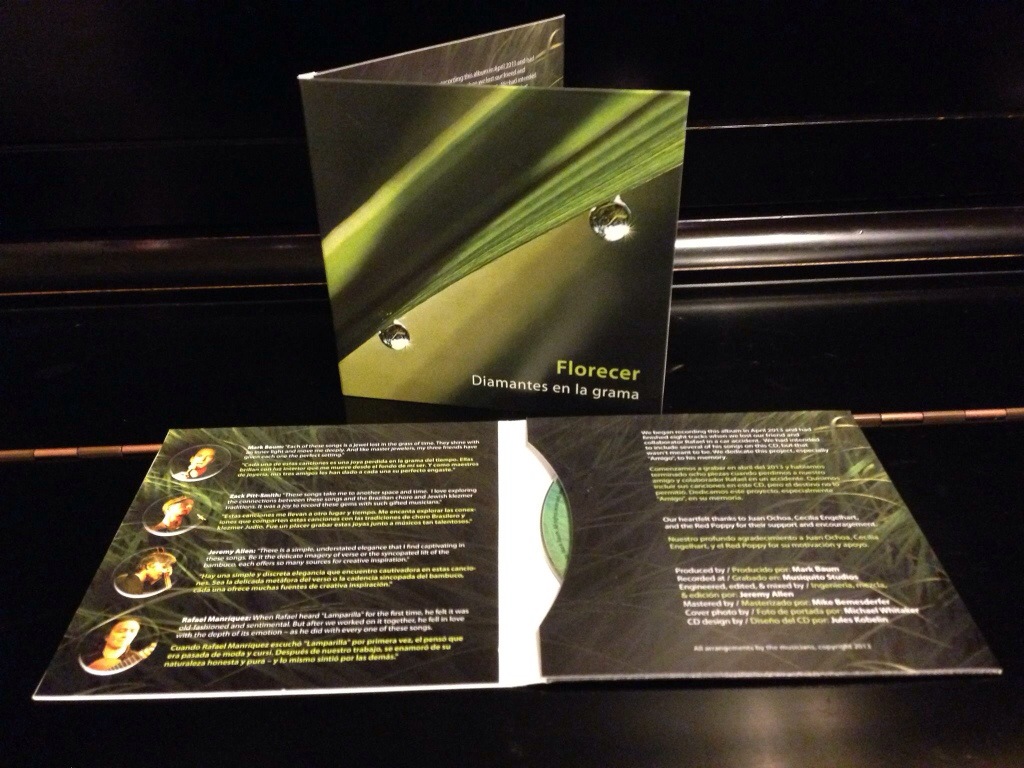 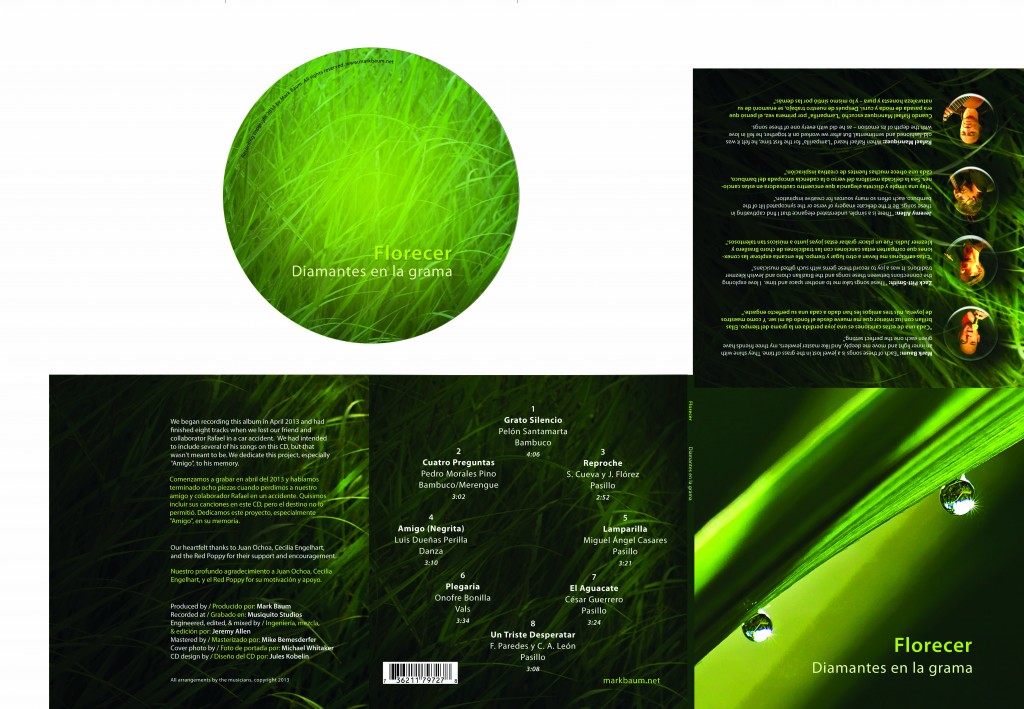