I worked with Hairdresser Sam Nathan from Martin Gold Salon and Photographer Will White to create this series of photographs for the 1994 British Hairdresser’s Awards. We had to submit 4 photographs that all have a theme. This series shows the “History of the curl” and is inspired by 4 centuries of fine art. Each hair piece was created by Sam. I had not seen the pieces until the actual shoot day. All models are seated in a bent wooden backdrop that I hand painted and textured with plaster. The models bodies were painted with Acrylics to make them look like a painting ( as opposed to a painting to try to look like the model) All props were hand made and painted. Please note that ALL images were not computerized in any way. That was their rule back then.
The British Hairdresser’s Journal who were the judges of this Award for the Avant Garde category chose us for the finalists. They published our picture in their magazine and wrote an article on us. As finalists we had to then create a second series of 4 more photos. You can see series 2 here. 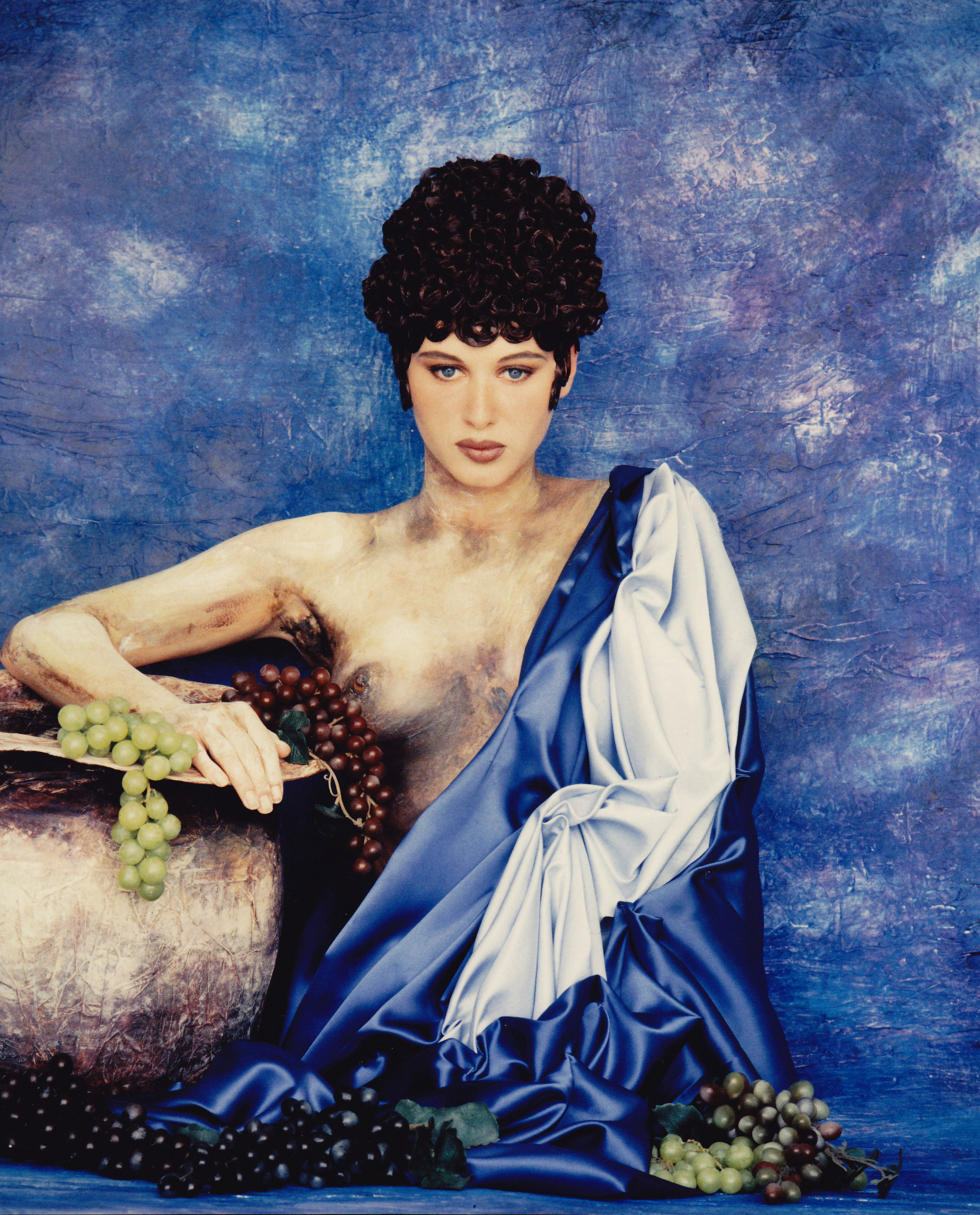 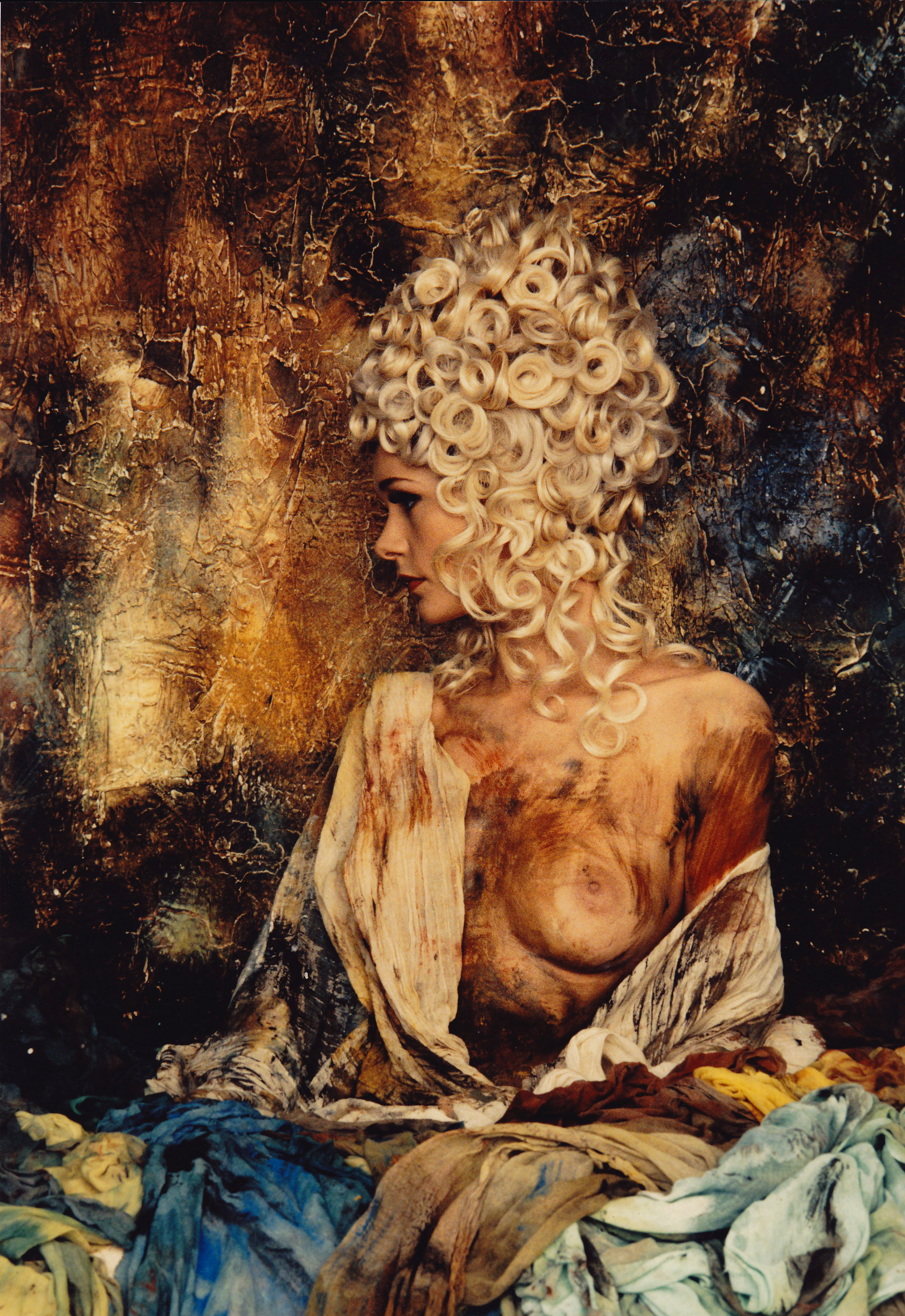 The plastered background, draped muslin and body were painted with Acrylics. The high hair shape was created with built up sculpted curls applied to a wire frame. This bold romantic look was inspired by the 17th century artist Rembrandt. 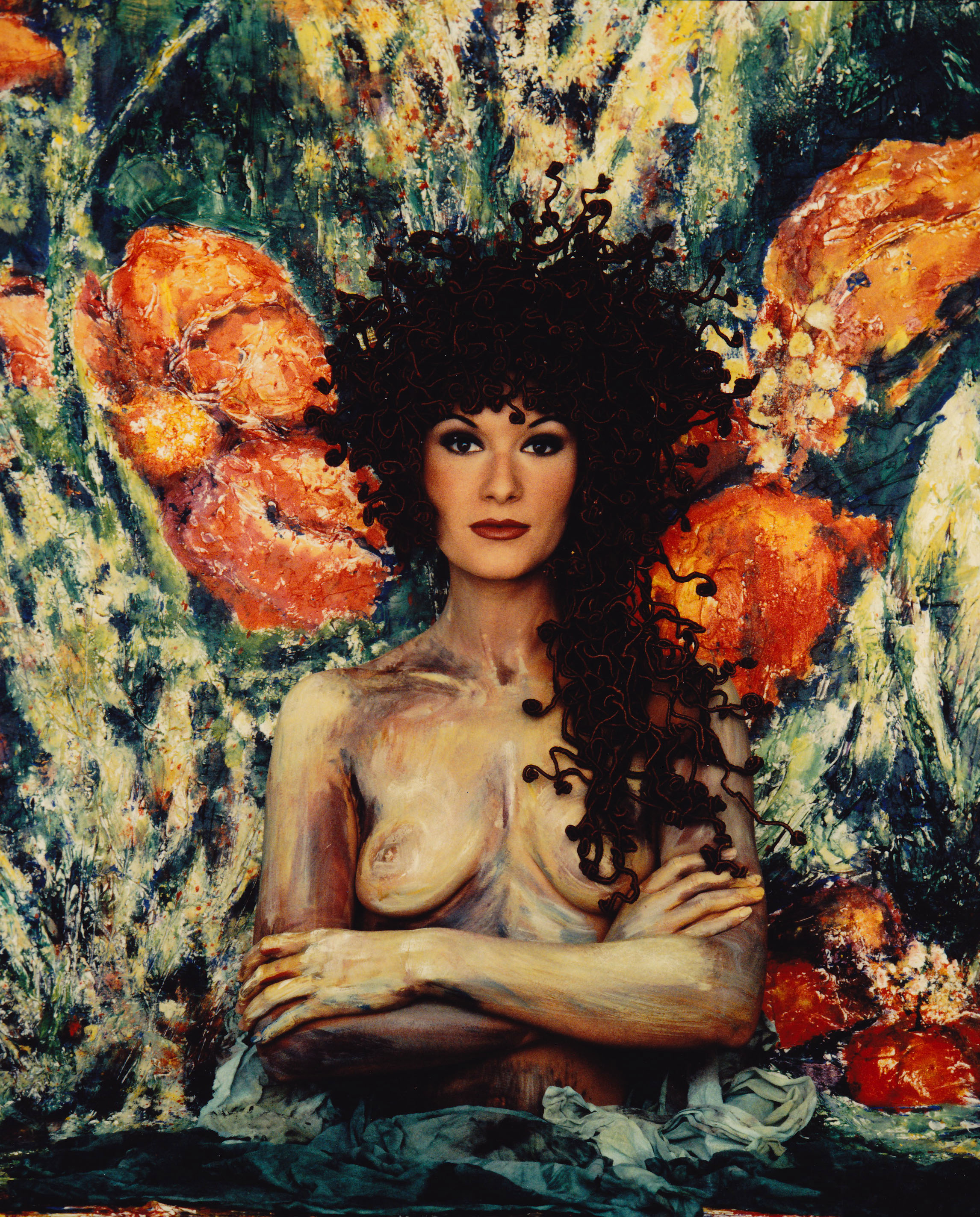 The plastered background, draped muslin and body were painted with Acrylics. The hair piece was created with pipe cleaners, wire and hair. The whole look was inspired by the 19th Cenutry Impressionists Renoir and Monet. 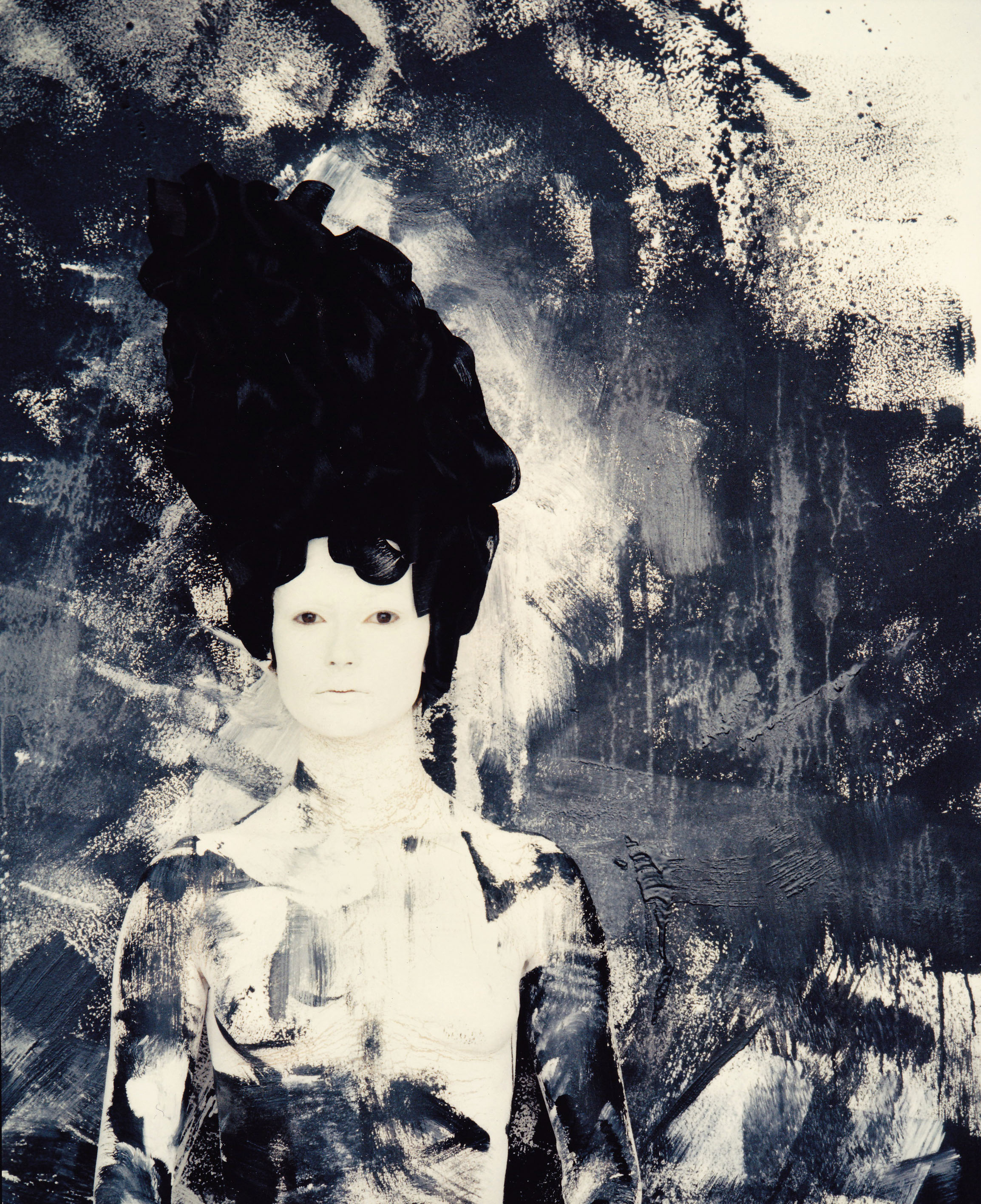 This look was inspired by the expressionist Artist Franz Kline. The hair piece was made to appear like a large brush mark, with the use of sculpted hair pieces applied to shaped hessian. The textured backdrop and body were painted with Acylics. 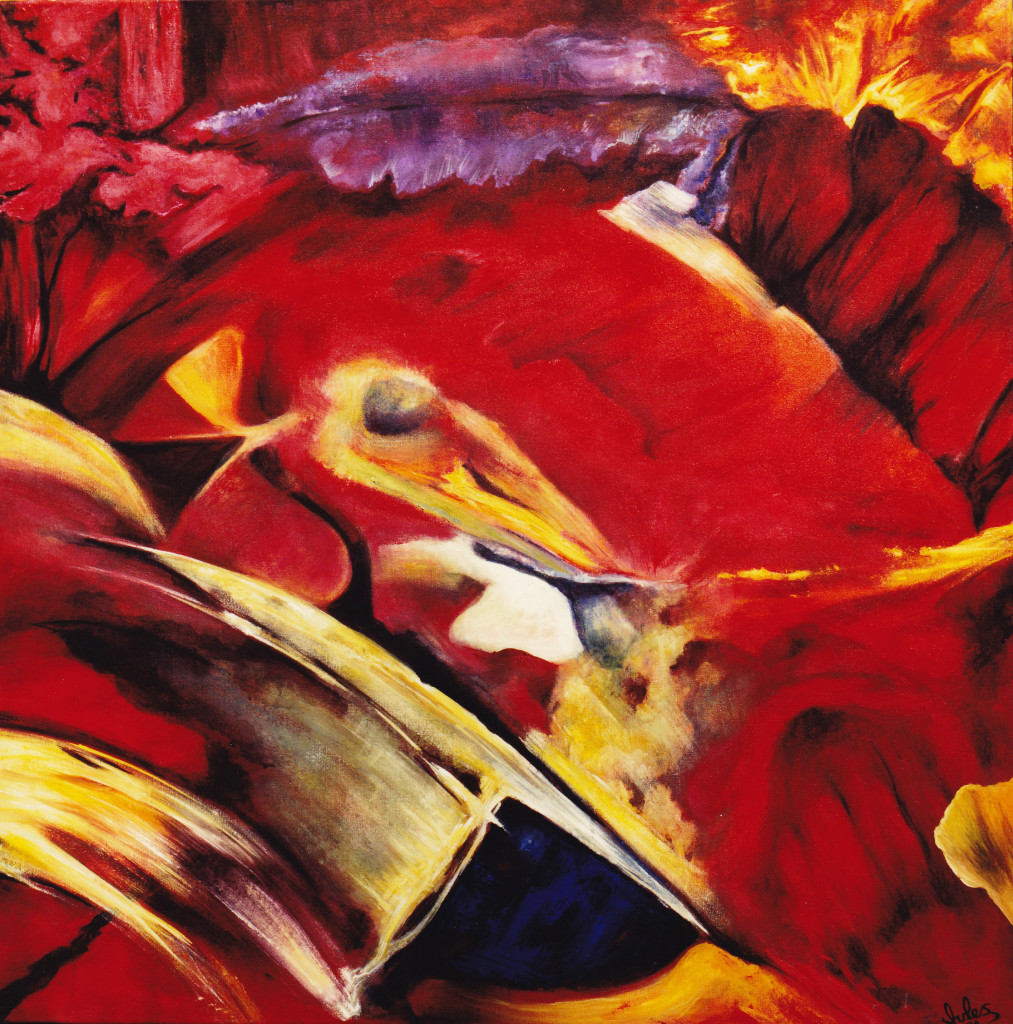 In 1994 the Lowbell Financial Company, London, commissioned me to paint this abstract piece for their conference room. 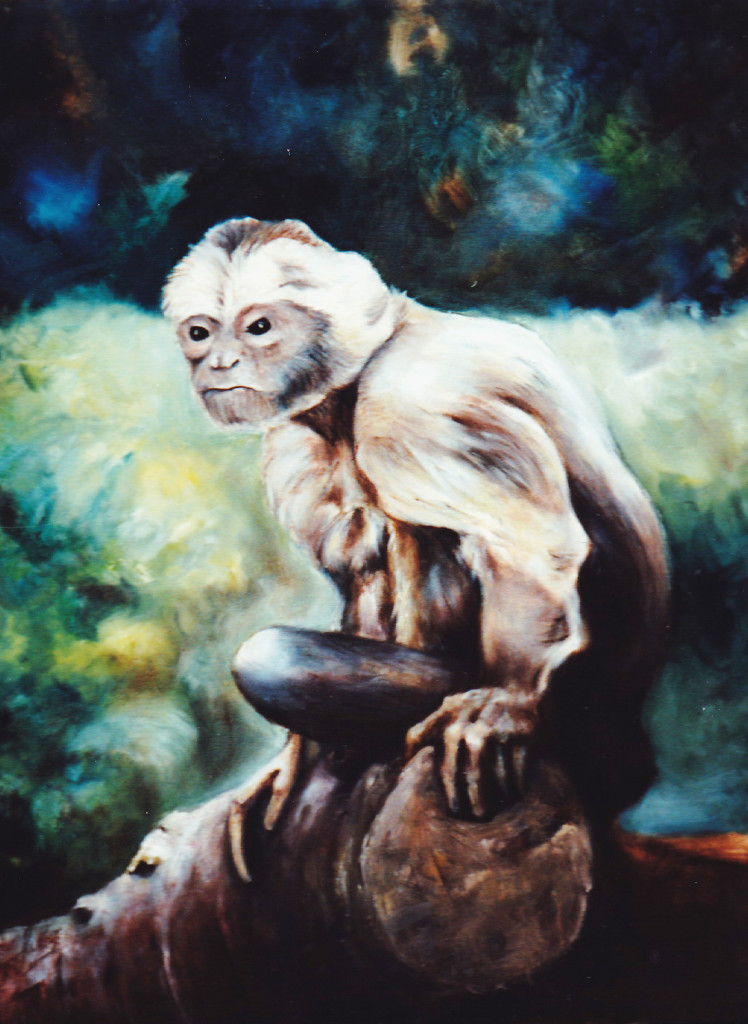 My first attempt back in 1993 to use oil on canvas. Love this monkey painting. My grandmother did too so she hung it up in her house and she would talk to him! He kept her company.

Acrylic and mixed media on canvas, 158cm x 60cm. 1992
Nominated in the finals, Art in Nature Competition in Oxfordshire 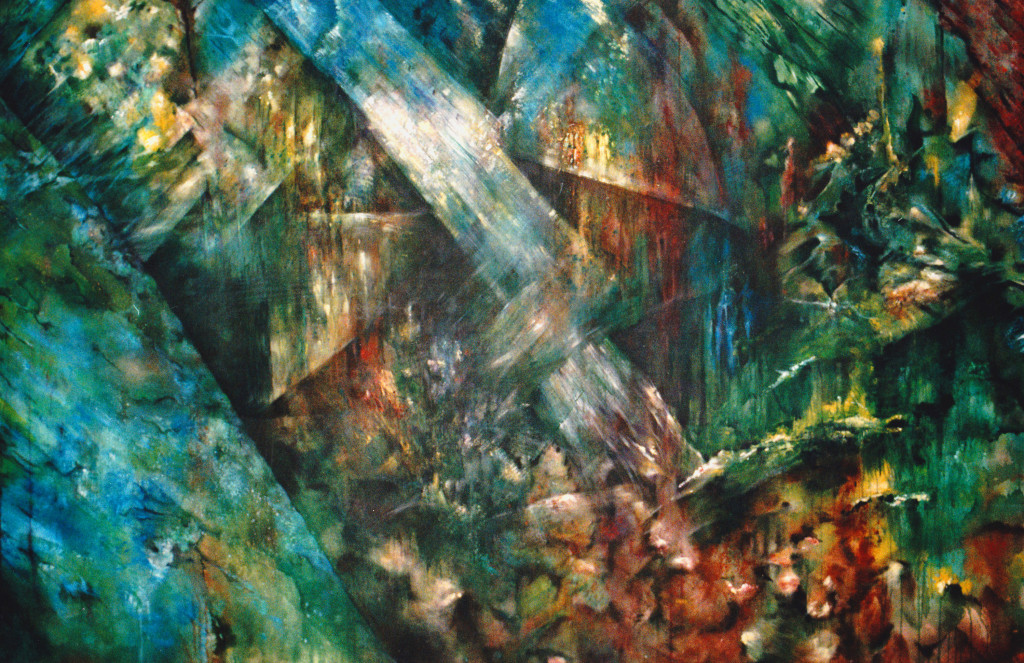 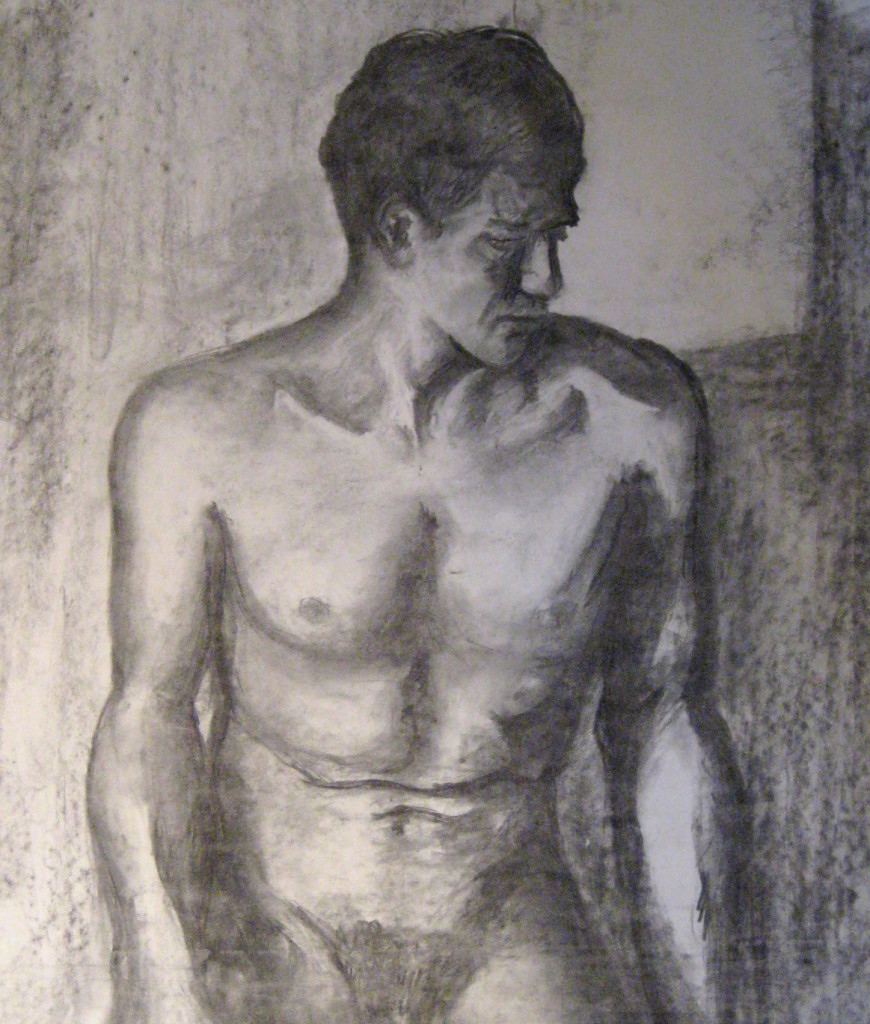